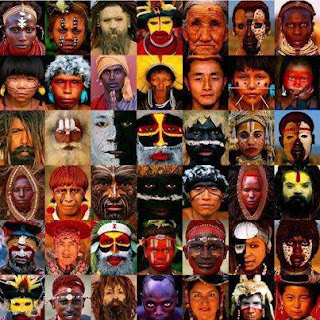 The Indigenous People are The Guardians of Mother Earth. They are The Way Back to The Way Forward. Protect, Respect and Treasure them....
Amazon Rainforest Emergency!  STOP THE BELO MONTE DAM - World's 'Avatar' in reality
GENOCIDE of Indigenous People by Government of Brazil
ECOCIDE of The Rainforest by Government of Brazil
SUICIDE of the Human Species if Rainforests are DESTROYED
Information/Videos/Petitions below James Cameron says Belo Monte is 'AVATAR' in reality.

For 30 years Chief Raoni of The Kayapo People, has dedicated his life to trying to stop the Belo Monte Dam from being built in his beloved Amazon Rainforest. Helped by the singer, Sting, and many other celebrities along the way, he has met many World Leaders, travelling extensively in his efforts to get the World to Awaken to the Catastrophic Climate Nightmare awaiting the World, if Brazil's President, Dilma Rousseff, continues ahead with building Belo Monte, third largest and most inefficient dam in the world, in the Rainforest, along with a further 59 Rainforest dams, and over 400 in Brazil by 2030. If Belo Monte continues to be built it will bring Genocide to Chief Raoni's People, to Shayla Juruna's, and ALL those dependant on the mighty River Xingu for their very *EXISTENCE* They have tried everything they can think of to stop this dam, but Dilma Rousseff refuses to listen to them, to people around the world, to experts, to the voices behind the MILLIONS of signatures collected against this outrage...

Chief Raoni, now in his 80s, has vowed to fight to the death with his Warriors rather than let Belo Monte be built.  On the 15th June, 2012, on the eve of Rio's Earth Summit, some of the Warriors, helped by friends, broke through the start of this dam, using shovels, pick-axes and their bare hands! A joyous message was sent out around the world and now thousands are starting to learn about Belo Monte. 11 of those who helped to break the dam, freeing the Xingu River again, are now possibly facing legal charges...

As I write this, Warriors of the Xikrin Tribe, (related to The Kayapo) are now in their 17th Day of Protest at the construction site of Belo Monte, having stopped work on the dam by taking keys to the lorries and earth diggers.  This dam is being built illegally, whilst law suits against it are still going on. Judges who ruled against Belo Monte have been removed, then replaced with judges who ruled in favour of it. Corporations who backed Dilma Rousseff's presidential election have since been awarded massive contracts for Belo Monte. She has refused to listen to the deep concern of the United Nations and Amnesty International about the callous way she has treated the Indigenous People. She refuses to listen to *anyone* it seems, and has turned from a woman who once upon a time, was a guerilla fighter against Brazil's Military Regime, into EXACTLY the kind of Arrogant, Uncaring, Unfeeling Politican she once despised..., 'Belo Monte - Announcement of War' - BRILLIANT new film, filled with details of the horrors of Belo Monte, the Indigenous People so DEEPLY affected by it and those behind it. http://intercontinentalcry.org/belo-monte-an-announcement-of-war/

'Defending The Rivers of the Amazon' - The Story of Belo Monte (with Sigourney Weaver) http://www.youtube.com/watch?v=K-seAAIsJLQ

'A Message From Pandora' - James Cameron talking about Belo Monte being the REAL Avatar
http://www.youtube.com/watch?v=RjfLyGTXSYo

'Voice of The Xingu' - (ENGLISH version with Portuguese SUBTITLES) Excellent video from Alfredo Villas-Boas, son of one of the three Villas-Boas Brothers, who first made contact with the Kayapo, in the 1930s, going on to ensure The Kayapo's protection from the modern world. Alfredo returns decades later to meet with Chief Raoni and find out more about the Belo Monte Dam, how it will affect the Kayapo and other tribes involved.
http://vimeo.com/35535352

'Amazonian Communities Occupy The Belo Monte Dam' - Friday 15th June 2012, when The World Began To Wake to Belo Monte & The Destruction of the Rainforest!
http://www.youtube.com/watch?v=sLP0rV3QwVQ&list=UUg7qjRWcDG6waOmYz05JxbQ&index=2&feature=plcp

AMAZON WATCH - They do SO much for the Amazon Communities. Many videos, much info on here.
http://www.youtube.com/user/amazonwatch?feature=results_main

Citizens of the World Against Belo Monte from the Worldwide 'Warriors of Raoni' (French &Portuguese too)
http://www.youtube.com/watch?v=33x1QyhuqIE

'Wrong Climate for Damming Rivers' - Why dams are the WRONG way to go...
http://www.youtube.com/watch?v=A8JtoednlbY

Guardians of the Planet - Chief Raoni and his People, The Kayapo http://www.youtube.com/watch?v=3Gpg4_qZQv4

'Earth Song' - Michael Jackson Part of this was filmed in The Amazon.
https://www.youtube.com/watch?v=S7z_w83fSjM

'Rio+20 - Indigenous Leaders' THIS could be the video which finally makes the World EXPLODE in ANGER! Not only over Belo Monte, but over the Atrocious way Indigenous People are treated by 'those in power'. Watch what happened at The Rio+20 Earth Summit 2012 here, where those who DARE to call themselves 'World Leaders' shut Chief Raoni out, along with all other Indigenous Leaders. They *finally* said they'd arrange to meet with them, but they put these wonderful people in a tiny room, where no-one of any importance came to talk with them, despite their promises, then, they ushered them out very fast....
http://www.youtube.com/watch?v=c4sTminBWFY&feature=em-video_response_received


Posted by Charlie Crooijmans at 4:17 AM